It’s a new year and Ryland and I are back at it with the hoodies for project wonder. So far we have redone the logo from last year and we think that it looks even better. Last year there were some problems: they were too expensive and the design was kind of dumb. So Ryland and I  started looking for a new design business and we found one. The business that we found was called LVAC which is short for Lehigh Valley Apparel Creations. Their reviews were really good and they were a local company. So I worked on the hoodie design wile Ryland called LVAC and set up a meeting. The meeting was on January 10th right after Christmas break. When we got back we had four days to get ready. I made a couple business cards and prepared what to ask him. On the 10th we left at 9:10 and it was a fifteen-minute drive. When we got there we went inside and the guy that we talked to on the phone brought us into a room and we conferenced. We talked about stuff like price logo quality and then gave him a business card and he would probably get back with us on Monday so we could see on Mr. Ecker’s laptop. That leads us to today. We are just waiting for him to email us so we can see what it looks like. 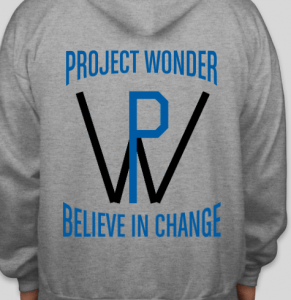